On the occasion of the 70th anniversary of establishing diplomatic relations between Vietnam and the Czech Republic, Bamboo Airways has recently introduced in Prague its plan to launch direct service between the two countries. According to the carrier, the new long-haul route between Prague and Hanoi will launch on Sunday, 29 March 2020. Bamboo Airways will fly two times a week (Sundays, Wednesdays) and operate the route by Boeing 787-9 Dreamliner configured for 298 passengers. With its summer schedule, Prague Airport should be connected to 17 long-haul destinations, which is the highest number in the airport’s history.

“Opening direct regular connection to Southeast Asia has been part of Prague Airport’s long-term route development strategy. Moreover, Hanoi is the destination with the largest potential from all markets where is no direct service operated from Prague yet. Once Bamboo Airways starts their direct flights, Prague will become one of the first European destinations for the Vietnamese carrier,” says Vaclav Rehor, Chairman of the Board of Directors of Prague Airport. “Based on our estimates, the new Prague-Hanoi service with two frequencies a week could be used by more than 50,000 passengers per year in both directions,” adds Rehor.

The 2019 was a very successful year for Bamboo Airways and at the end of December, the airline added the first Boeing 787-9 Dreamliner in its fleet. That made Bamboo Airways the first private airline in Vietnam to operate wide-body aircraft. The carrier is planning to fly four airplanes of this type by the end of January 2020. One of the main reasons for upgrading the Bamboo Airways’ fleet is the company’s plan to expand its international route network in 2020, especially by adding connections to Europe.

"European market is determined as a key market which dominates the development roadmap of Bamboo Airways’ route network in particular, as well as tourism and investment products of FLC Group in general in 2020," Mr. Truong Phuong Thanh, Deputy General Director of Bamboo Airways said. "During the initial stage of research, exploration and launch in the European market, the Czech Republic was one of the destinations considered by Bamboo Airways as the first point in its flight network, which will be exploited as the "new gateway" of this old continent, " added.

Last year, representatives of Bamboo Airways and Prague Airport signed a Memorandum of Understanding (MoU); the main purpose of the document was to hold negotiations surrounding the launch of a direct connection to Prague.

The plans to start a new route to Hanoi and the services to be offered by Bamboo Airways were presented at the “Roadshow Trade and Tourism Promotion between Vietnam and Europe” that took place on Wednesday, 15 January 2020, in Prague, in cooperation with the Embassy of Vietnam in the Czech Republic.

Tickets are already available for purchase on the carrier’s website www.bambooairways.com. 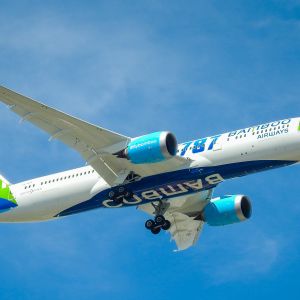 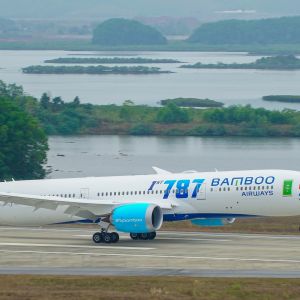 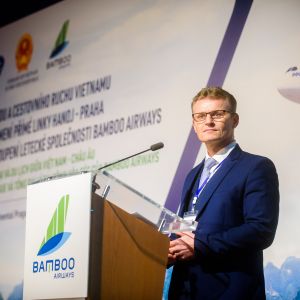 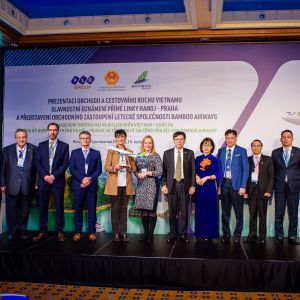