Find out how to prevent the spread of coronavirus and what to do if the disease is suspected.

Ryanair today announced two new Prague routes to Rhodes and Thessaloniki in Greece, both with a twice weekly service as part of Ryanair’s Czech Republic Summer 2020 schedule, which will be launched shortly.

The carrier will use Boeing 737-800 for 189 passengers. According to Prague Airport’s estimates, more than 40 thousand passengers could use the service a year in both directions.

Prague consumers and visitors can now book their summer holidays to Rhodes and Thessaloniki as far out as October 2020, flying on the lowest fares and with the greenest/cleanest major airline in Europe, with the lowest CO2 emissions.

To celebrate the launch of its new Prague routes, Ryanair has launched a seat sale on its European network with fares from just €16.99, for travel until January 2020, which must be booked by midnight Thursday (17 Oct) only on the Ryanair website.

Tickets will go on sale on the carrier’s website www.ryanair.com. 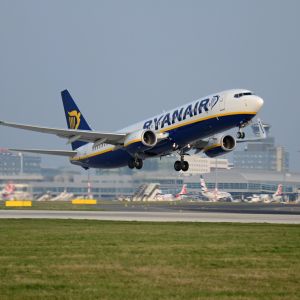