For several years now, lovers of geocaching have been enjoying caches located either directly in the airport premises or in the immediate vicinity. The tour guide is Peter the Traveller, who introduces, through his stories, the history and area of the airport and interesting sights in its vicinity. He also reminds the participants of the safety rules for transporting items on board the plane and points out possibilities for spending free time at the airport. Participants can pick up a souvenir, the Czech Wooden Geocoin, which is a collectible wooden coin.

You can find at Geocaching.com.

Geocaching is a game on the borderland of sport and tourism which consists of using a GPS navigation system when searching for hidden boxes called caches with known geographic coordinates. At the search, people use tourist GPS receivers or smart phones. A person engaged in geocaching is often called a geocacher. After finding a cache, the finder registers in the log book and can take a small item from the box and add something else in return, then the cache is replaced and camouflaged.

Geocaching originated in the USA immediately after 1 May 2000 when, based on the decision of the then US president Clinton, the artificial difference added to the GPS signal was removed, which improved the accuracy of this navigation system for ordinary civilians from tens to hundreds of metres to several metres. The very next day, Dave Ulmer published a remark on Usenet about a possible world-wide Stash Game and on 3 May 2000 he placed the first-ever cache of the GPS game Stash Hunt − Stash #1, at coordinates N 45° 17.460 W 122° 24.800.

The first cache in Europe was placed in Ireland (Bray Head, County Wicklow – facing the Irish Sea) on 3 June 2000. Its author was Chris O'Byrne. In the first month of the new game, 21 caches were hidden.

The first, still active cache in the Czech Republic was GCE50 Tex-Czech by Kenneth, McKeny and Ethan on 1 June 2001, which is in the nature reserve near Štramberk.

There are currently several tens of thousands of caches in the Czech Republic, while we can find almost 3 million of them around the world.

Special travelling items can be also found in caches. They are either travelbugs (any object with a special metal tag) or geocoins (special coins) with a unique identification code. Such items usually have a certain destination mentioned on a note attached to them or on the Internet. If the cache contains a travelbug or a geocoin, the geocacher can decide whether to take the item from the cache (trying to help it to reach its destination by transporting it to another cache) or whether to just look at it and potentially copy the unique code for later registration on the server. If geocachers are not interested in travelling items, they just leave them in the cache without paying attention to them. 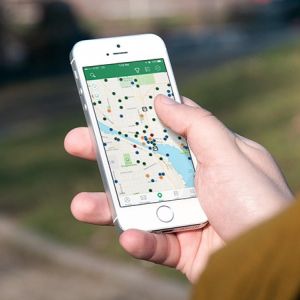