ALERT: According to the Czech Government regulation effective as of 25 February 2021, please wear a FFP2 respirator or two surgical masks when inside the airport. It is no longer possible to use textile face mask or use other ways of covering your nose and mouth. Thank you for protecting yourselves and those around you.

Transit through Germany is possible only subject to humanitarian and other exceptions. Therefore, it is not possible to transfer at a German airport, for example, when travelling on holiday. More information HERE.

For almost the last seven years prior to his arrival in Prague Airport, Jakub Puchalský worked at Raiffeisenbank, where he was in charge of External and Internal Communication. From 2003, he worked in the Unilever food concern, where he first managed Communication of the Czech And Slovak subsidiaries and then moved to the company’s Dutch headquarters, where he stayed for over two years as Director of Internal Communication in charge of Europe. Between the years 1998 and 1999, Mr. Puchalský was appointed CEO of Czech Television. He started his professional career in the Czech News Agency and in BBC foreign broadcasts, first in London and then in Prague. Jakub Puchalský graduated from the Faculty of Social Sciences of Charles University.

Milan Špaček, former member of the Prague Airport Board of Directors, will stay in the company in his current role of Security Department Executive Director. The segment will now be under the direct supervision of the Chairman of the Board of Directors, Mr. Václav Řehoř. 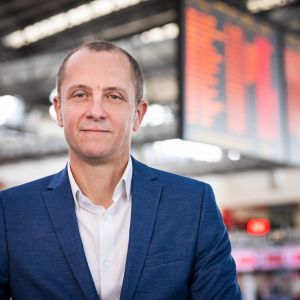