Prague Airport Operating Results for the First Quarter of 2018

Prague Airport operating results for the first quarter of 2018 have confirmed the expected growth in passenger numbers. This year, the estimates expect to see a 10% growth. In the first three months of the year, Václav Havel Airport Prague handled a total of 3,057,100 passengers, representing a 12.4% growth year-on-year, whereas over 338 thousand fewer passengers were handled during the same period of 2017.  The growth was fuelled by launches of new routes, such as the direct scheduled Qatar service, additional connections to popular European destinations (e.g.: Barcelona, Budapest, Madrid) and capacity increases on routes to established destinations (e.g.: London/Stansted, Rome, Paris and other French cities).

Cargo transport has also experience a year-on-year growth with the volume of transported cargo growing by 8.3% to over 19 thousand tons. The growth was primarily due to long-haul flights supplemented by cargo transport.

According to passenger numbers, Great Britain, to where every seventh passenger headed, was the most visited country, followed by Italy, just as last year, and Russia. However, Spain (+ 63% year-on-year) was the country which experienced the greatest increase in interest among travellers. Moscow became the most popular destination during the first three months of the year, followed by Amsterdam and Paris/CDG, the last year’s winner of the category. Budapest (+ 18.4%), London/Stansted (+ 45.8%) and Barcelona, Spain, with 69% more passengers than during the first quarter of 2017, experienced the greatest increases in passenger numbers. 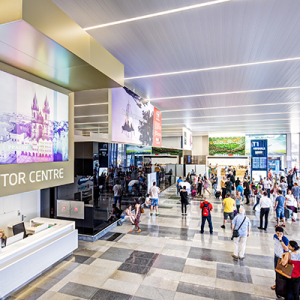