If it were possible, 78% of Czechs who have travelled by air at least once in the last two years would like to travel to their favourite foreign destination within two months at the latest, based on the findings of a survey conducted for Prague Airport by the Median agency. At the beginning of June, the survey was conducted on a representative sample of 1,549 respondents over the age of eighteen who had travelled abroad by air at least once in the last 24 months. The survey also showed that 71% of respondents will use air transport to travel abroad as often as or even more than before the current crisis caused by the spread of COVID-19.

“In recent weeks, Prague Airport has been focusing intensively on restoring safe air traffic and facilitating the resumption of regular air connections. To this end, we closely monitor trends and developments in the market, for example through a survey processed on our behalf by the Median agency among the Czech "flying" population. The survey is primarily intended to map the willingness of Czechs to travel abroad, and we perceive its first results as surprisingly positive in view of the current situation,” Vaclav Rehor, Chairman of the Prague Airport Board of Directors, said. "We will repeat the survey twice more at monthly intervals to capture any changes in trends over time,” Vaclav Rehor added.

In contrast, 62% of respondents will use rail transport to the same extent and another 11% of respondents plan to use it more than they did before the current situation.

In the case of summer trips within Europe, according to the survey, as many as 53% of respondents said they will not change their habits and ticked the response saying they will travel to the sea across Europe as before. Another 4% want to travel even more to European seaside destinations. On the contrary, according to the survey, 43% will travel less to the European coast.

For the time being, the Czech flying population shows less interest in trips to seaside places outside Europe. According to the survey, 38% of respondents will take these trips as before, another 2% want to travel to distant non-European seaside destinations more often and, conversely, 60% less often. 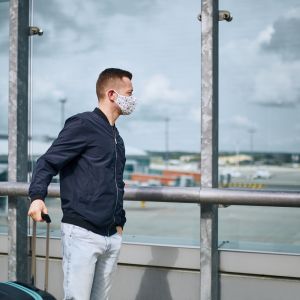