Thank you for protecting yourself and other travellers at the airport by wearing a face mask, keeping a safe distance, washing your hands frequently and using hand sanitizers. We recommend checking the entry requirements of the country you are travelling to and the measures taken by your airline.

ALERT: Please note that according to a new measure implemented by the Dutch government as of 23 January 2021, in addition to a negative RT-PCR test result, all passengers coming to the Netherlands must present also a negative COVID-19 antigen test result before their departure to Amsterdam. The test must be performed no later than 4 hours before boarding the aircraft. Passengers can undergo the antigen test directly at the airport at the testing point in the connecting corridor between terminal buildings, which operates daily from 4:00 a.m. to midnight. However, we recommend checking the available provider's capacity online on the GHC Genetics’ website. More information about testing can be found here.

Information on the airport's protective measures, prevention, testing and other imporant information for travelling can be found HERE.

Air Malta is celebrating the 20th anniversary of its scheduled Malta-Prague service with the 200,000th passenger carried on this route this summer. To commemorate this event the airline teamed up with the Malta Tourism Authority and with Corinthia Hotels, who are also celebrating the 20th anniversary of the acquisition of the Corinthia Prague and organised an event at the hotel for Czech Tour Operators, Travel Agents, Czech Press and other Czech stakeholders.

The first Air Malta seasonal scheduled service to Prague started on the 4th May 1999 with a weekly service code-shared with Czech Airlines. Over the years Air Malta not only managed to maintain a continuous operation to Prague but as from 2013 onwards the route registered a year-on-year increase in the number of passengers carried. In line with the ever-growing customer demand, the Maltese Airline doubled its capacity and in 2016 extended its code-share agreement on Czech Airlines when the latter commenced its operations on the route.

“We really value our long-term co-operation with Air Malta and are happy that the carrier has decided to extend the operations of its Malta route to the winter season. Maltese tourist will get a chance to experience the unique atmosphere of Prague at Christmas, while Czech tourists who want to spend the holidays abroad will be able to use this direct scheduled connection,” Vaclav Rehor, Chairman of the Prague Airport Board of Directors, said.

Speaking at the event Air Malta’s Chairman Mangion stated that Prague’s 20th anniversary of operation is a great opportunity to celebrate milestones and demonstrate the importance of working together to attain further success. He said that this summer Air Malta is aiming to carry a record of 19,000 passengers on the route and it will be extending the service for the first time for after summer up to the New Year. Next year the airline plans to increase the number of carried passengers by 25%. Dr Mangion said that the Islands have witnessed strong growth from several Central and Eastern European markets over recent years, and the fact that connectivity and capacity between Malta and the Czech Republic is being enhanced, points to excellent prospects for Czech tourism to Malta in the coming years. “Our vision is to become the ‘Airline of the Mediterranean’ and even connect to Sub Saharan Africa as early as next year. Air Malta’s continuous commitment to the incoming tourism and the support the Airline gives to the Islands’ economic growth will remain unabated,” emphasised Dr Mangion.

In a short address Minister for Tourism Konrad Mizzi added that in the next three months the government will announce the 2025 Vision for Tourism. The Minister revealed that this strategy will aim to support and spread tourism throughout the whole year and will include an investment plan for Air Malta that the government is committed to discuss with the European Commission.

“Air Malta will have wonderful future following the Government’s vision to grow the airline,” emphasised Dr Muscat. He added that this route has been operating for nearly half the existence of Air Malta and this is another milestone achieved by the Maltese Airline. He recalled how after the restructuring process the Airline added new aircraft and began flying to new markets and destinations and for the first time in eighteen years made a profit. For years to come, Dr Muscat explained that Air Malta is aiming to become the ‘Airline of the Mediterranean’, offer a better service and fly to more distant destinations such as the USA, India and Africa. He added that in the last half-century Air Malta made a significant contribution to tourism to the Islands and is a key driver in the economy.

Dr Muscat also referred to the Corinthia Group as an example of how Maltese businesses can grow and establish themselves internationally. He expressed his pride that a name like Corinthia, known for its luxury product offers, flies the Maltese flag in several cities around the world.

Concluding the event Air Malta’s Chairman Dr Mangion thanked the Prime Minister of Malta, Dr Joseph Muscat and the Minister for Tourism, Dr Konrad Mizzi, for their vision and direction, the Malta Tourism Authority for the continuous support and promotion for the Islands and Corinthia Hotels for their assistance in hosting this event. He also thanked Mr Ernest Flamini, Air Malta representative in Prague for the past 20 years, and last but not least thanked the Czech Travel Operators for their belief and continued support for both Air Malta and Malta. 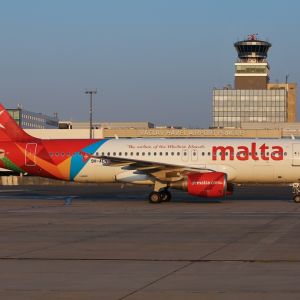 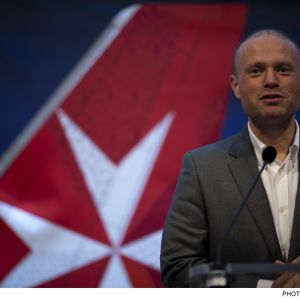 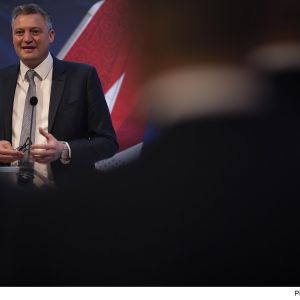 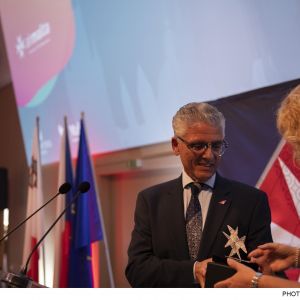