Partnership for All – Together to Joint Green Airport
Environmental Management System

We take an active approach to environmental protection. The fundamental principles of our approach include long-term investments in measures focusing on environment-friendly and responsible actions taken by us and our partners, pollution prevention and regular monitoring of the environment at the airport and in its surroundings. We are making efforts to look for other possibilities for improving the environment as part of sustainable development. Prague Airport ensures that all legal obligations related to environmental protection are met throughout the Group.

Prague Airport holds the ČSN EN ISO 14 001:2016 certificate: Environmental Management Systems (EMS). It has been a part of the EMS since 2002. The certifying authority of Prague Airport is Bureau Veritas Czech Republic, spol. s r.o.

The system is based on the company’s commitment made by the company’s management, which defines the strategic objectives of the company – Policy of Letiště Praha, a. s.

Prague Airport has been pursuing reducing greenhouse gas emissions and energy and material consumption for a long time. Greenhouse gas emissions are being monitored and reported, including those being emitted due to Prague Airport operations and caused by other partners operating at the airport. We make efforts to motivate our partners to reduce CO2 emissions, e.g. by building a “green” infrastructure (such as charging stations for electric cars), providing green electricity, modifying various procedures etc. Prague Airport has been using green electricity since 2019 and tries to set an example for its partners.

In terms of climate protection, the year 2030 is an important milestone for Prague Airport, which plans to achieve carbon neutrality.

In 2021, Prague Airport joined the Net Zero initiative organised by ACI, an international association of airports. It unites more than 200 airports, which plan to achieve net-zero carbon emissions by 2050.

Prague Airport has been reducing CO2 emissions since 2010 when it joined the Airport Carbon Accreditation programme. An independent certifying company annually measures the airport’s carbon footprint.

The main objective of the Airport Carbon Accreditation programme is to support airport operators in their efforts to reduce greenhouse gas emissions emitted due to various airport activities. The programme unites hundreds of airports, which annually map their carbon footprint and implement procedures to reduce it. The carbon footprint is the amount of emitted greenhouse gases converted into carbon dioxide (CO2).

Not all airports are equally active in their efforts to reduce greenhouse gas emissions. Therefore, the Airport Carbon Accreditation programme is divided into several levels:

In 2016, Prague Airport has progressed into the 3rd level, which means involving partners in reducing CO2 emissions.

More information about the programme: www.airportcarbonaccreditation.org

Since 2010, Prague Airport has been successful in reducing emissions by three to five thousand tonnes of CO2 on average every year. In 2021, it managed to save 72.5% compared to 2009. The credit goes to energy-saving measures such as replacing lights with energy-saving LEDs, reducing night operation of air handling units and lighting in terminals, replacing cooling units, boilers, burners, using waste heat in the wastewater treatment plant and more. Prague Airport plans to continue with energy-saving projects and achieve further emission reductions by 2025.

In addition to using purchased green energy, Prague Airport also expects to produce its own green energy primarily from photovoltaic panels. The first photovoltaic power plant will be put into operation at the airport’s Terminal 3 in 2022. Other suitable locations will follow.

The expansion of electromobility includes both the purchase of electric vehicles, starting with benefit cars or pool cars to special airport equipment, but also the construction of the essential infrastructure to charge the vehicles. Prague Airport also motivates taxi operators to use electric vehicles. 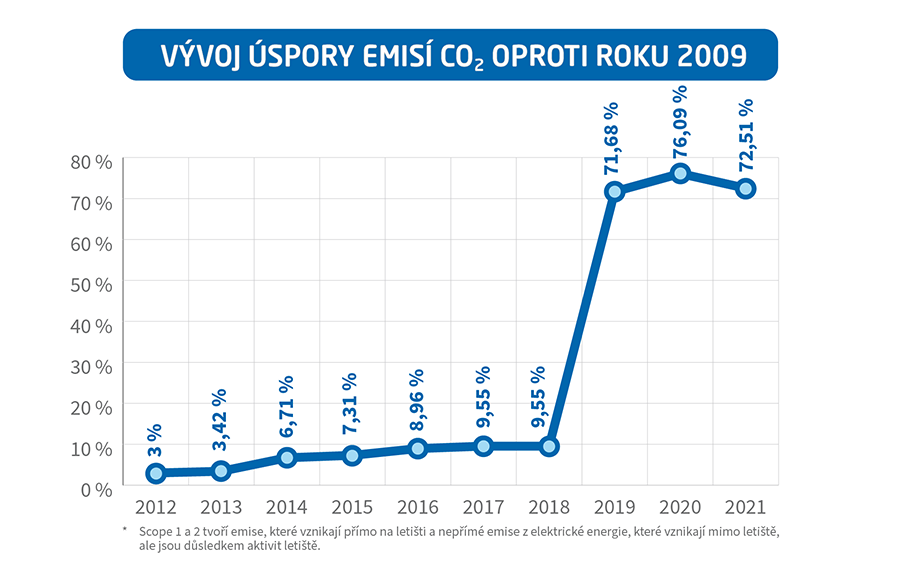 In addition to Airport Carbon Accreditation, Prague Airport has joined the Destination 2050 initiative. Its main objective is to achieve net zero emissions in aviation by 2050. Destination 2050 demonstrates possible pathways to achieve CO2 emissions by combining new technologies, improved operations, using sustainable aviation fuels and economic measures. Absolute emissions will be reduced by 92% while 8% will be removed from the atmosphere using negative emissions achieved through natural carbon sinks or dedicated technologies. 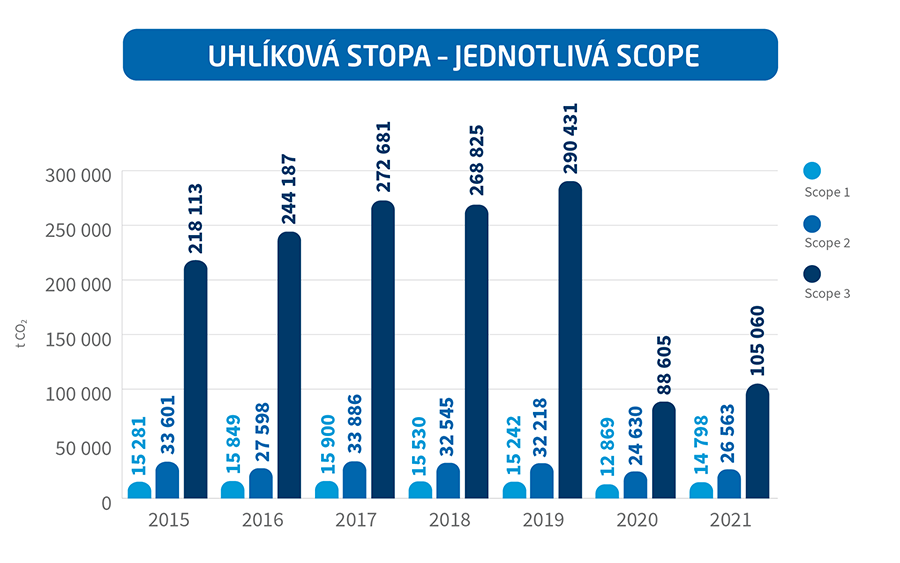 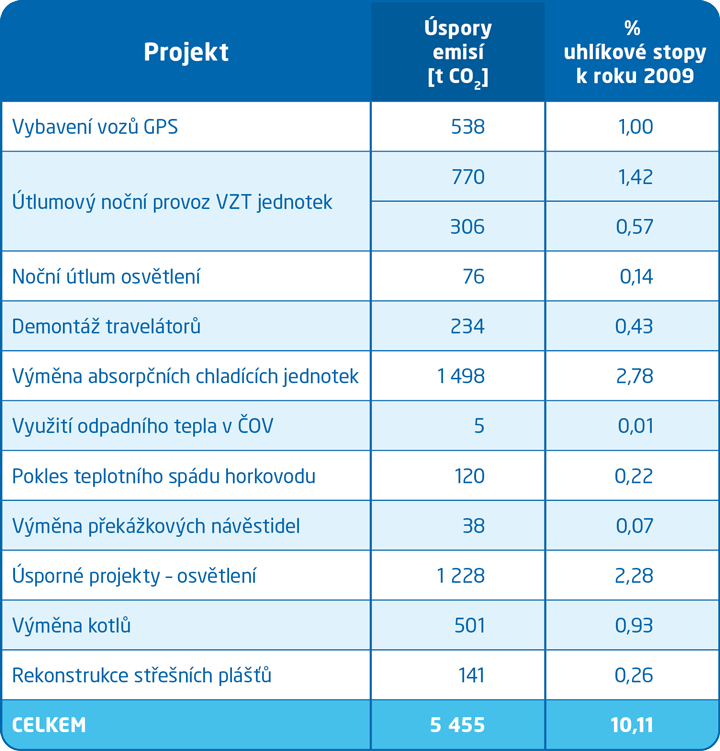 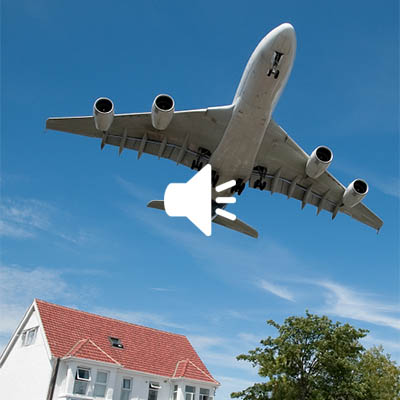 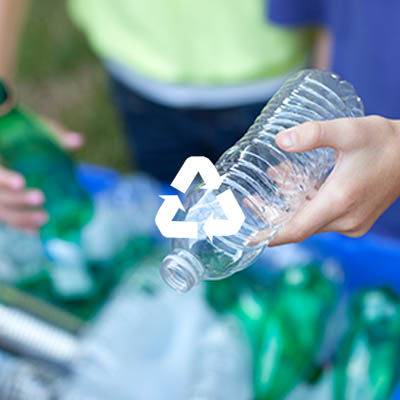 Our objective is to contribute to the biodiversity increasing on the airport area and in its wider surroundings through the airport’s specific projects and the financial support of projects in surrounding municipalities. We aim to create a green ring around the airport, connecting individual areas for people and animals. 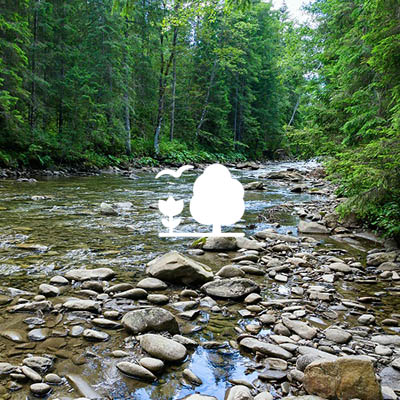 Our objective is not “only” to plant trees – we are trying to maintain and enhance the biodiversity of fauna and flora (of course, only in places where operation safety is not at risk). These efforts take the form of preventive measures (placement of stickers preventing bird collisions with buildings) and primarily supportive measures (enhancing and connecting landscape features). We do not only focus on the fenced area of the airport, but also on its immediate surroundings through supporting specific plans of the surrounding municipalities and city districts as part of the Biodiversity Programme.

There are more than 40 species of woody plants growing on the airport’s premises, totalling more than 3,000 pieces (geographically native broadleaves dominate). We are aware of the beneficial impact grown trees have on the habitat microclimate in the summer months. When planning and implementing construction projects, our priority is to minimize the need for felling. However, if it must occur, we always ensure compensation planting with appropriate aftercare. By mowing grass areas to an optimum height that does not pose a risk to the safe operation of the airport, we aim to prevent excessive evaporation during the summer months.

Tending to greenery and dealing with rainwater are closely connected issues because they have a positive impact on the airport’s environment and its microclimate. Project objectives are always planned with regard to the possibilities of retention and use of rainwater. The emphasis is placed on natural jamming of rainwater, or its capturing in retention facilities for its future use (e.g. watering). If the character of the planned construction and its surrounding allows it, we try to implement green rooftops, which use rainwater efficiently and have a positive impact on the microclimate and biodiversity.

Partnership for All – Together to Joint Green Airport 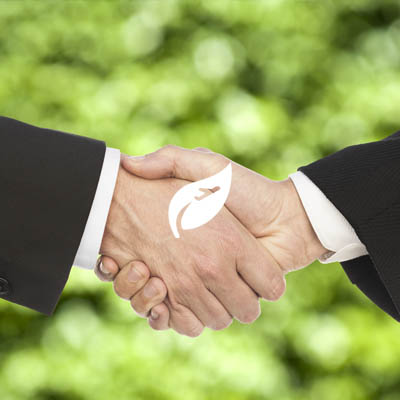 As part of the Airport Carbon Accreditation Programme, we involve our partners in activities aimed at reducing CO2 emissions. Examples of specific projects contributing to the reduction of emissions:

Inspired by other international airports, Prague Airport awards the best airlines. In 2022, two categories will be awarded in addition to the existing titles: “Best Performing Airline at Prague Airport 2021” and “Fastest Growing Airline at Prague Airport 2021”. One of them is a Green Carrier, “Top Sustainable Airline”, with three criteria of evaluation: noise and emissions produced by aircraft operated at Prague Airport, and the approach, commitments and overall activities of airlines in terms of sustainability. The objective of the award is to motivate airlines to use quieter and more sustainable aircraft when travelling to Prague. The second title will be awarded to an airline with the best marketing support in cooperation with Prague Airport:  „Best Airline Marketing Campaign with Prague Airport“. All four winners will be announced in 2023.

The Top Sustainable Airline Award was preceded by the Quietest Airline Award: https://www.prg.aero/en/The-Quietest-Airline

Single-use plastic is no longer fantastic

Prague Airport has decided to reduce the consumption of single-use plastics, especially in gastronomy, ahead of the official restrictions. To make a responsible decision on the selection of specific product/packaging variants, Prague Airport has commissioned an LCA analysis, which assesses the product’s entire life cycle and its impact on the environment. We have avoided the transition to bioplastics because many of them are not yet produced in a way that is truly beneficial to the environment. One of the programme’s measures was the installation of water drains in front of the security screening points and drinking fountains behind the screening points to refill drinking water into the bottles emptied before undergoing the screening. The other project is Binless Office, which promotes a higher rate of recycling of individual waste types. In terms of plastic consumption, tens of thousands of plastic bags used in office bins are saved.

As a public procurement authority, we push for more environmentally friendly solutions, social aspects and innovative solutions in tenders for suppliers of services, products and materials. We primarily emphasise the strategic areas of the ESG. Through responsible public procurement, we co-create the pressure on the suppliers and promote the supplies of more sustainable and innovative variants of products and services.