Smartwings and Czech Airlines are increasing the number of flights on their regular scheduled routes from Václav Havel Airport Prague.

During the winter season, Czech Airlines will increase frequencies on flights to Kiev and Moscow. Flights to the capital of Ukraine will now operate up to eight times a week, while Sheremetyevo International Airport in Moscow will be served three times a day.

Czech Airlines will also extend several summer routes into the winter season. Its winter schedule will thus feature flights to Beirut and Odessa, which will operate at least two times a week, and a connection to Keflavík, Iceland, now with a stopover in Copenhagen, which will be available to passengers daily.

Moreover, capacity on three direct routes operated by Czech Airlines will be increased. Beginning at the end of October, selected flights to Budapest and all flights to Düsseldorf will be serviced by larger aircraft, namely Airbus A319 or Boeing 737, replacing the ART turboprop aircraft currently in service.

Smartwings is also increasing the number of flights it operates in its winter schedule. The route between Prague and Rostov-on-Don will now be served three times a week. In addition, Smartwings will operate more flights on the route to St. Petersburg, which will be available every day from the start of the winter schedule, and, as usual, relaunch service to Dubai, United Arab Emirates.

Tickets are available for purchase via the carriers’ websites: www.csa.cz and www.smartwings.com. 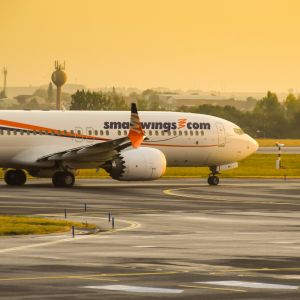