The Prague Airport Group achieved a gross operating profit of CZK 4.9 billion in 2018

“As in previous years, the past year's growth of the whole Group's operating profit was primarily driven by Prague Airport's performance. The airport's economic result was not only derived from the greater number of air connections and passengers, thus greater revenues from the aviation trade, but also the strengthening of the airport’s non-aviation activities. The year-on-year non-aviation trade revenues grew by almost 10%, while the year-on-year aviation trade revenues grew by more than 5%,” said Václav Řehoř, Chairman of the Board of Directors of Prague Airport about the economic results.

The total operating revenues of Prague Airport reached CZK 8,441 million in 2018. The gross operating profit (EBITDA) reached CZK 4,721 million and exceeded the 2018 plan by 6%. “In the cargo area, Prague Airport saved 4%, compared to its plan, due to its efficient management of operating costs. Thanks to this, the company was able, among others, to increase its employee wages, pay their additional thirteenth salary, continue in its scheduled airport infrastructure repairs, expand the airport's capacity, and continue investing in security and modern technologies,” adds Václav Řehoř supplementing Prague Airport's 2018 economic results.

In 2018, Czech Airlines Handling (CSAH), which provides comprehensive ground handling services for passengers, aircraft, cargo, and mail at Václav Havel Airport, achieved a gross operating profit (EBITDA) of CZK 108 million in 2018 and exceeded its plan for the previous year by 8%. The result was driven by increased air traffic connections from Prague and the provision of new customer handling services. Airlines were also more interested in aircraft defrosting services in the winter, as well as aircraft refuelling and JET A-1 fuel itself. The positive economic result is also driven by the continuous expansion of services while maintaining the highest level of operating standards, as regularly confirmed by the International Civil Aviation Organization (ICAO).

The gross operating profit (EBITDA) of Czech Airlines Technics (CSAT), which provides aircraft and air equipment maintenance and repairs in Prague, reached CZK 93 million in 2018. The company achieved a good result last year despite the negative effects of the termination of two European carriers, which were among its long-term customers. Compared to the plan, the total operating revenues grew by 4% and 18% year-on-year. Last year, CSAT expanded its customer portfolio and also saw greater revenues in the field of line aircraft maintenance, in which it successfully extended its certifications through other aircraft types and opened a new hangar for this segment. Component and aircraft landing gear maintenance further contributed to the greater revenues. The expansion and greater quality of services combined with the flexible customer approach and consistent adherence to the quality safety standards led to the establishment of long-term cooperation with both new and existing customers during 2018, which corresponds to the company's long-term strategy. 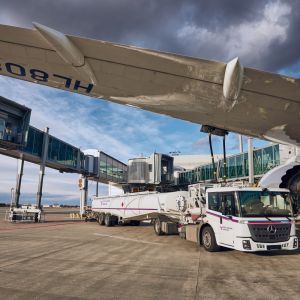 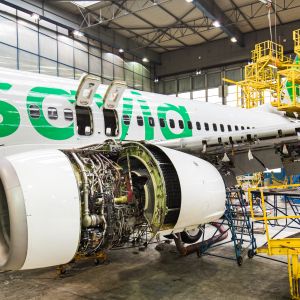 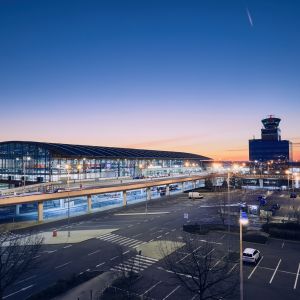