Last week, Prague Airport representatives signed a Memorandum of Understanding with Bamboo Airways to collaborate on the development of a direct flight and increased tourism between the Czech Republic and Vietnam. On that basis, joint negotiations will be held regarding flights between Prague and Hanoi. The potential for travel between the two countries is constantly increasing, and the new connections will also attract even more passengers. Prague Airport has been negotiating the direct flight to the capital city of Vietnam with the carrier for a long period; strengthening long-haul flights is part of the long-term strategy of the airport. This objective is being met, and the highest number of long-haul flights in the modern history of Prague Airport are in operation within the summer 2019 timetable.

"By signing the Memorandum with Bamboo Airways, we have confirmed the interest of both parties in opening a direct connection from the Czech Republic to Vietnam. Around 100,000 passengers a year already travel between the two countries, and with the new flight the potential could be even greater. We believe that further negotiations on the launch of the Hanoi connection will continue successfully and we will soon be able to implement our plan,” said Vaclav Rehor, Chairman of the Prague Airport’s Board of Directors.

The Memorandum was ceremonially signed last week by Vaclav Rehor, Chairman of Prague Airport’s Board of Directors, and Bamboo Airways Vice-Chair and Deputy CEO Ms Duong Thi Mai Hoa. This took place during the Vietnam-Czech Business and Investment Forum organised by the Confederation of Industry of the Czech Republic on the occasion of the official state visit of the Vietnamese Prime Minister to the Czech Republic.

Prague Airport has been negotiating with a number of carriers on the expansion of the flights from Prague. In addition to Hanoi, the great potential for long-haul flights is also apparent for Bangkok, Hong Kong, Taipei, New Delhi, Tokyo and other destinations in the United States. These include, for example, Atlanta, Chicago and Los Angeles. The aim of Prague Airport management is to also negotiate a year-round connection with the U.S.A.

Within the current summer timetable, Vaclav Havel Prague Airport operates the most long-haul flights in the modern history of the airport, with 16 destinations in total. 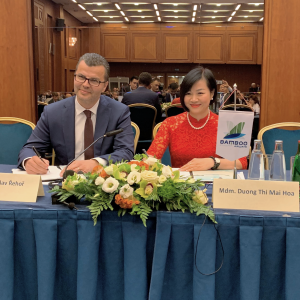 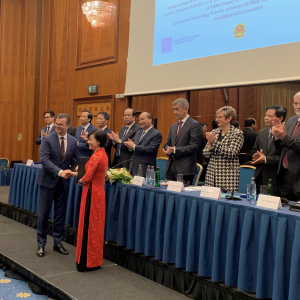