Prague Airport has signed a strategic partnership agreement with Sichuan Airlines. The outcome of the agreement is the opening of a new direct flight between Shenzhen and Prague. Sichuan Airlines will start the new route on 1 July 2019, and flights will be operated twice a week, on Mondays and Thursdays. Shenzhen will thus become the fifth destination in China with a direct connection to Prague, as well as another long-haul destination where passengers can travel from Václav Havel Airport Prague.

“We are very pleased to have the opportunity to build on the present successful cooperation with Sichuan Airlines, and to expand the offer of long-haul connections for our passengers. The introduction of direct flights to Shenzhen will increase the interest of Chinese tourists in Prague and the Czech Republic and will, at the same time, create new opportunities for developing business relations between both countries. We expect that the new route will be used by up to 40,000 passengers a year in both directions,” said Vaclav Rehor, Chairman of the Prague Airport Board of Directors.

Opening a direct connection to Shenzhen, which the airline plans to serve with an Airbus A330 in configuration for 274 passengers, will also significantly simplify travel between Prague and the Pearl River Delta region in southern China. This area includes not only the dynamically developing city of Shenzhen, but also other easily accessible cities such as Guangzhou, Hong Kong, and Macao. The region is home to nearly 120 million people.

The agreement was signed on Thursday 25 April 2019 during a signing ceremony at the Czech Embassy in Beijing as part of the official state visit of the Czech President Milos Zeman to China. The agreement was ceremonially signed on behalf of Prague Airport by Mr. Jiri Kraus, the Vice-Chairman of the Board, and on behalf of Sichuan Airlines by Mr. Li Haiying, the Chairman of the Board.

Since 2016, Sichuan Airlines have been operating direct flights between Prague and Chengdu in the Sichuan Province in southwest China twice a week.

Flight tickets will be available on the Sichuan Airlines website www.sichuanair.com. 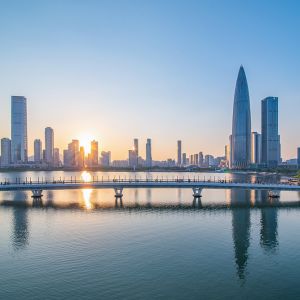 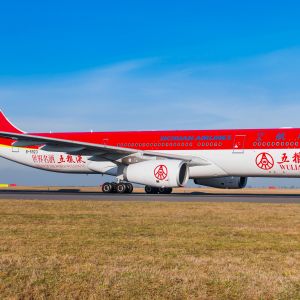