Moody’s Investors Service, one of the renowned rating agencies, has confirmed the Prague Airport Group’s creditworthiness rating of Aa3 with a stable outlook, which reflects a very low credit risk. The Moody's agency decided to re-award the Group this high rating, especially with regard to the strong financial profile of Prague Airport, perceived as resilient even to uncertain operating prospects. The company thus maintained a high rating despite the current unprecedented impact of the crisis caused by the spread of COVID-19.

“The Moody's rating is another confirmation of the responsible management of Prague Airport’s assets. Thanks to the excellent economic and operational results of previous years and especially due to a responsible approach to finance, Prague Airport has created reserves and prepared for a potential crisis, a crisis which we expected in the coming years within the classic economic cycle. Only thanks to this approach, are we able to cover the current unprecedented downturn in air transport from our own financial resources, expected to last until around the end of the summer. Then, we will draw a loan, which we, as a trustworthy partner, can obtain on very favourable terms,” Vaclav Rehor, Chairman of the Prague Airport Board of Directors, said.

When awarding the Aa3 rating with a stable outlook, Moody’s primarily highlighted the position of Prague Airport as the owner of Václav Havel Prague Airport, the only international airport serving the catchment area of ​​Prague and the main international gateway to the Czech Republic.

The evaluation was also positively influenced by competitive and stable airport charges, the company's very strong financial position and its strategic role as the owner and operator of critical infrastructure in the Czech Republic. Furthermore, according to Moody’s, Prague Airport can benefit from its reliable liquidity, primarily due to historically low demands on capital expenditures and a significantly balanced cash flow. 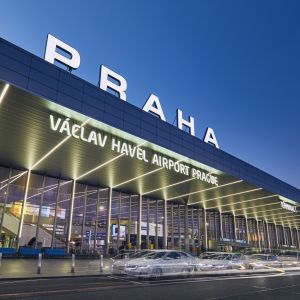