easyJet celebrates its first flight between Barcelona and Prague

easyJet has today inaugurated the new route that will connect Barcelona and Prague during the summer months. This connection is another step in easyJet's commitment to connect its Spanish bases with primary European destinations and, at the same time, it increases to 11 the total number of destinations that the airline offers from Prague.

The first flight of this new route has landed today at 10.40h at the airport of the Czech capital, where it has been received with the traditional water canon salute. This connection, which has been enabled with 15,300 seats, will be operational until October 25 with 3 weekly frequencies (Monday, Friday and Sunday).

Javier Gándara, Country Director of easyJet in southern Europe, affirms that: "This summer we have added 17 routes to our Spanish bases and Prague is one of the new additions from Barcelona. We know that people want to fly, and we want to give them the possibility to do so to the most demanded destinations. Prague and Barcelona have a lot to offer, and we look forward to connecting passengers from both cities with all the guarantees of security and flexibility."

With this new seasonal route, easyJet reinforces the connectivity of Prague Airport during the summer season and widens a portfolio comprised of other top European cities, including: Amsterdam, Basel, Bristol, Edinburgh, Geneva, London (Luton and Gatwick), Manchester, Milan and Naples. 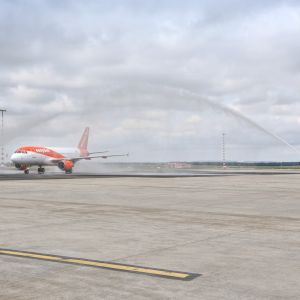 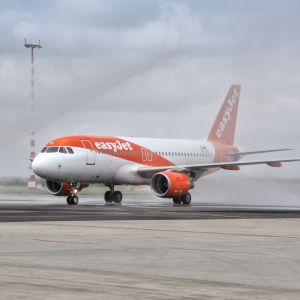 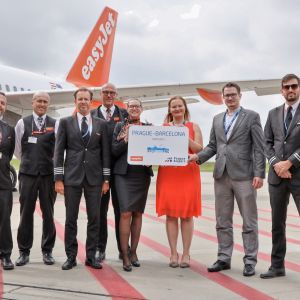