COLOGNE/BONN/PRAGUE. Eurowings is expanding its European network: With the opening of a new basis in Prague, the German airline is expanding its services in Eastern Europe and will initially station two Airbus A320 aircraft in the Czech capital from 31 October 2021. In the summer of 2022, three aircraft will take off for Eurowings with Prague becoming the 10th Eurowings base in Europe. For the first time, the Lufthansa Group subsidiary will then be able to offer non-stop connections from Prague to attractive business and holiday destinations throughout Europe. With its increased presence in the "Golden City" Prague, Eurowings creates more than one hundred new jobs and provides important employment impulses for the Czech aviation market.

Eurowings CEO Jens Bischof: "Eurowings will offer non-stop connections to Czech business travelers and vacationers alike – just in time for the relaunch of air traffic after the long-time Corona crisis. We will focus on offering local touch combined with top-notch customer-friendly services at our Prague base that will clearly distinguish Eurowings from low-cost airlines. We are looking forward to soon convincing many Czech guests about our excellent Eurowings products and services."

"Prague Airport will become the home base of another European carrier. We very much appreciate the fact that even after the COVID-19 crisis, which has, indeed, affected us greatly, Prague remains a place of interest. From the end of October 2021, the German carrier Eurowings will expand the offer of direct flights from Prague to several European cities, including Barcelona, Milan, Athens, Stockholm, Copenhagen, Tel Aviv and Birmingham. The airline will thus contribute to the resumption of traffic and offer connections to popular holiday retreats, such as the Canary and the Balearic Islands,” Jakub Puchalský, Member of the Prague Airport Board of Directors, said.

Current airline rankings show Eurowings is one of the most punctual and popular carriers in Europe. This is exemplified, for example, by Eurowings being awarded triple gold at this year’s German Customer Award for “best price/performance ratio”, “best customer satisfaction” and “best customer service”. Headquartered at Germany’s Cologne/Bonn airport, Eurowings combines Lufthansa's DNA with an unbeatable value-for-money concept and innovative, state-of-the-art products and services for its customers. These include an industry-leading health and hygiene concept as well as the option of booking free middle seats in the rear rows of the aircraft for as little money as 10 euros – for either comfort or hygiene considerations. This new option is already a bestseller on Eurowings flights after a short time and a benchmark for the industry.

Starting 31 October, Eurowings will fly from Prague to several European cities, including Barcelona, Milan, Athens, Stockholm, Copenhagen, Tel Aviv and Birmingham. Tickets to popular holiday destinations can also be booked as early as June 22nd at eurowings.com and using Eurowings customer app – for example from Prague to the Canary Islands or the Balearic Islands or the Greek islands. One-way tickets are available starting at 29.99 euros.

Eurowings is the holiday airline of the Lufthansa Group, the world's largest aviation company. Eurowings is market leader at the Düsseldorf, Hamburg, Stuttgart and Cologne/Bonn airports. Currently it operates a fleet of about 100 aircraft. Eurowings focuses on value-for-money products and services for its customers and offering non-stop flights within Europe. Itr summer schedule currently includes more than 100 destinations. With its comprehensive route network and soon 10 international bases – including Europe’s number one holiday island, Palma de Mallorca – Eurowings is one of Europe's leading leisure airlines. Presently Eurowings employs about 3,000 people throughout Europe.

News, pictures, videos and further information can be found on our Eurowings Newscloud 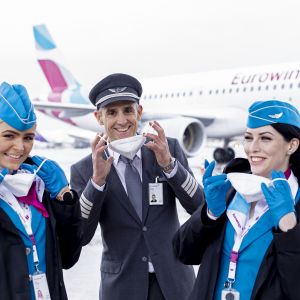 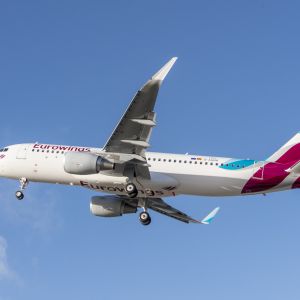