Representatives of Prague Airport, CzechTourism and Prague City Tourism have signed a Memorandum on a long-term joint approach to the resumption and expansion of inbound tourism to Prague and the Czech Republic. It is tourism that the parties involved see as one of the preconditions for both economic recovery post the COVID-19 pandemic and subsequent economic growth. The co-operation also seeks to promote the development and support of sustainable tourism, which will contribute to the positive development of Prague and other regions of the Czech Republic without negatively interfering with everyday life in tourist-exposed places, such as the capital city centre.

The Memorandum on joint support of inbound tourism was signed by Hana Třeštíková, Councillor for Culture and Tourism, representing the Capital City of Prague, Vaclav Rehor, Chairman of the Prague Airport Board of Directors, Jan Herget, Director of the CzechTourism Agency, and František Cipro, Chairman of the Prague City Tourism Board of Directors. The key precondition for the implementation of the agreed co-operation and joint activities is a good epidemiological situation and a gradual return to normal social life.

“Tourism and related industries are by far the most affected by the long-lasting COVID-19 crisis. I believe that, thanks to the co-operation with CzechTourism and Prague Airport, we will be able to reverse this unfavourable trend once the situation allows. We want to revive tourism as quickly as possible and attract a cultured and more solvent clientele to Prague and other cities in the Czech Republic to ensure the resumed tourism is sustainable,” Hana Třeštíková, Councillor of the Capital City of Prague for Culture and Tourism, said.

According to Vaclav Rehor, Chairman of the Prague Airport Board of Directors, the resumption and development of air connections with Prague depend primarily on inbound tourism, which accounts for approximately 70 percent of Prague Airport's operations. "It is, therefore, important for us to support, among other things, the demand for trips to Prague, which is the biggest attraction for foreign tourists. Only on the basis of strong demand, airlines will launch new flights, from which the Czechs will benefit, too. In this perspective, the co-operation with CzechTourism, Prague City Tourism and the capital city of Prague is immensely important for us," Vaclav Rehor noted.

A particular goal of Prague Airport is, alongside the general resumption of air connections, the development of new long-haul routes in the coming years. "These routes are then to generate sustainable inbound tourism, characterised by true interest in the Czech Republic, local cultural and social life, longer stays and generous visitor budgets, for example, to seek quality services," Vaclav Rehor added.

According to Jan Herget, Director of the CzechTourism Agency, tourism is an important part of our economy, accounting for almost three percent of GDP. "In 2019, tourism generated CZK 355 billion and provided jobs to almost a quarter of a million people in the Czech Republic. After the pandemic subsides, the key to tourism recovery is, alongside the setting of uniform travel rules, for example in the form of COVID passes, the resumption of air connections, predominantly direct routes from lucrative markets. For this reason, our foreign representations maintain a good starting position via their B2B and B2C activities to get a head start on the undoubtedly tough competition expected as the pandemic subsides. Once it becomes possible, they are ready to help negotiate direct flights and immediately address tourists from the respective markets, offering them the best travel experience in the Czech Republic."

František Cipro, Chairman of the Prague City Tourism Agency, sees the signing of the Memorandum as another step towards fulfilling the new inbound tourism strategy in Prague. "Thanks to the co-operation to which we commit ourselves in the Memorandum, we will attract a cultured clientele to Prague, i.e. travellers with goals other than to get drunk cheaply in the capital. Moreover, we do not want the future tourism to be concentrated only in the historical city centre. Therefore, we are already creating attractive tourist routes outside the historical heart of Prague,” František Cipro, Chairman of the Prague City Tourism Board of Directors, concluded.

The agreed co-operation will comprise mainly marketing support of Prague and the Czech Republic in selected foreign source markets. Among other activities, there is the planned support for air carriers with direct connections to Prague from selected markets, alongside joint participations in professional conferences and trade fairs, which contribute to the development of tourism. Last but not least, sharing experiences and procedures as well as the implementation of synergies and tools the individual organisations use to develop their activities and fulfil their goals will also be pursued.

The Memorandum on cooperation in the field of inbound tourism support was signed for the next three years and is a direct follow-up to the Memorandum signed in 2018, which expired at the end of last year. 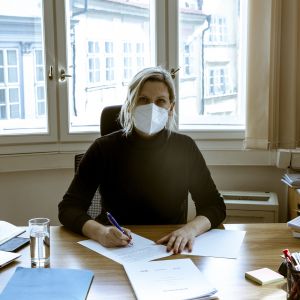 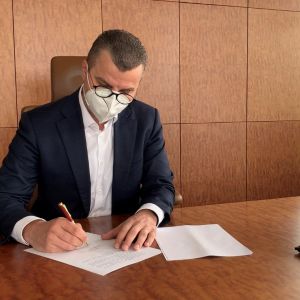 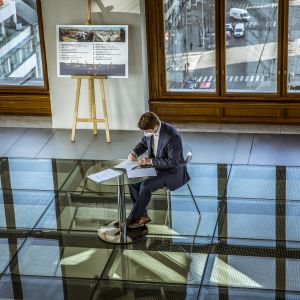