This July, the aircraft departure procedures at Václav Havel Airport Prague are being temporarily adjusted to reduce CO2 emissions. The measure is designed to support the responsible approach of Prague Airport to its local communities and to increase the engagement with third party operators in reduction of wider airport-based carbon emissions.

Adjusted departure procedures will allow the radii of the aircraft arc at take-off to be minimised and, in some cases, facilitate an increase in the aircraft climb angle. Concurrently, speed limits of 220 knots (approximately 410 km/h) are now applied until aircraft reach an altitude of 5,000 feet above sea level, which is approximately 1,100 metres above the airport's ground level.

For example, approximately 200kg of aviation fuel, 640kg of CO2 (carbon dioxide) and 3.3kg of NOx (nitrogen oxide) can be saved on a flight to Warsaw operated by a twin-engine jet, depending on the meteorological and operational situations. The annual savings in fuel and emissions will thus help both airlines that are currently in a difficult situation and, predominantly, the quality of air around the airport.

The new procedure will be continuously evaluated with the help of a modern system for air traffic and flight trajectories monitoring. 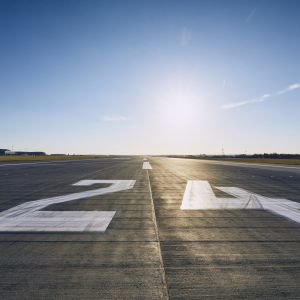