Qatar Airways celebrated its 5th anniversary of operations in Prague on August 26, 2022. Since 2017, the world's best airline has been connecting Prague with destinations all over the world via its award-winning hub in Doha, Hamad International Airport. The special day was celebrated with an event at the airport for the anniversary flight QR292.

Eric Odone, Qatar Airways VP Sales Europe, said: “In an already special year for Qatar Airways, we are pleased to also recognize and celebrate the 5th anniversary of our flights to and from Prague. In five years, the connection between Prague and Doha has consistently provided travelers from Prague throughout Qatar Airway’s network. It is important for us to provide passengers to and from Prague with an excellent travel experience on board as well as at our hub, Hamad International Airport.”

“In the second half of August 2017, a Qatar Airways Airbus A320 landed on the runway of Prague Airport. That was the first time the carrier connected Prague with the capital of Qatar, Doha, by a regular service. Direct flights have provided passengers with a significantly greater option of transfers to the rest of the world, making it easier to reach the Far East, South Asia, and Australia. The potential remains high. Thanks to this route, Prague has been able to offer connections to other 100 destinations with only one transfer. We are very happy that we can celebrate the five-year anniversary of this beautiful cooperation together. We believe that it will soon continue to develop successfully in both the passenger and the cargo segments,“ said Mr. Jiri Pos, Chairman of the Prague Airport Board of Directors.

“We are proud partner of Qatar Airways as one of the most demanding customers in the World. We do appreciate our long-term partnership since the route started and are honored to support Qatar Airways on their successful journey to deliver the best passenger experience. I would like to thank Qatar Airways as well Prague airport for an exceptional cooperation delivering exceptional results.”, said Mr. Jiří Petržilka, VP Menzies Aviation, Czech Republic.

Qatar Airways currently offers one daily flight to and from Prague and Doha operated on the Airbus A320. In another milestone for the Prague airport and Qatar Airways, the route between Prague and Doha reached 500,000 passengers in August 2022, just before the five-year anniversary of the launch in Prague.

The national airline of the state of Qatar is steadily expanding its global route network again, which currently comprises more than 150 destinations. With increased frequencies to major hubs, Qatar Airways offers its passengers unmatched connectivity, making it easy for them to seamlessly get to the destination of their choice.

In addition, Qatar Airways is the first global airline to receive Skytrax's prestigious 5-star COVID-19 airline safety rating. This follows Hamad International Airport (HIA) becoming the first airport in the Middle East and Asia to be awarded Skytrax's 5-star COVID-19 airport safety rating. The awards reassure passengers around the world that the airline's health and safety standards are subject to the highest possible standards of professional, independent scrutiny and assessment. Detailed information on all measures implemented on board and at HIA is available at www.qatarairways.com/safety.

A multiple award-winning airline, Qatar Airways was announced as the ‘Airline of the Year’ at the 2021 World Airline 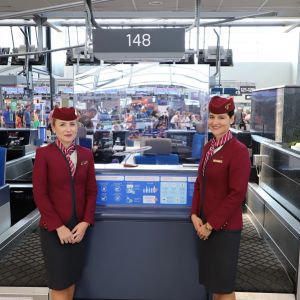 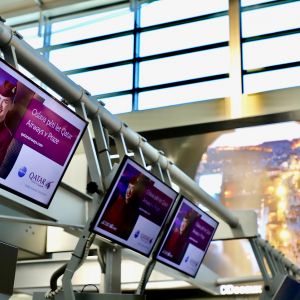 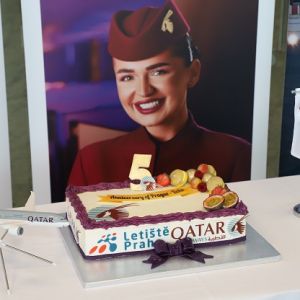 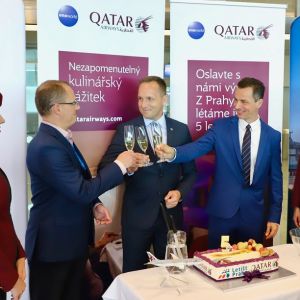 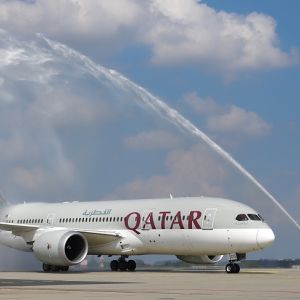