As part of the Automatic Pollution Monitoring System, the air quality throughout the Czech Republic is continuously monitored by permanent stations with the densest network operated by the Czech Hydrometeorological Institute.

A station monitoring the air quality has been located on the airport premises since 2016. Its task is to continuously evaluate the air quality and is installed in the vicinity of check-in areas, the TS12 substation. It features analysers measuring particulate matters PM10, PM2.5, NO (nitric oxide), O3 (ozone), and CO (carbon monoxide).

In cooperation with the Czech Hydrometeorological Institute, the station has been included in the system of Automated Immission Monitoring of the Czech Republic. Online data from the monitoring station are available on the CHMI website 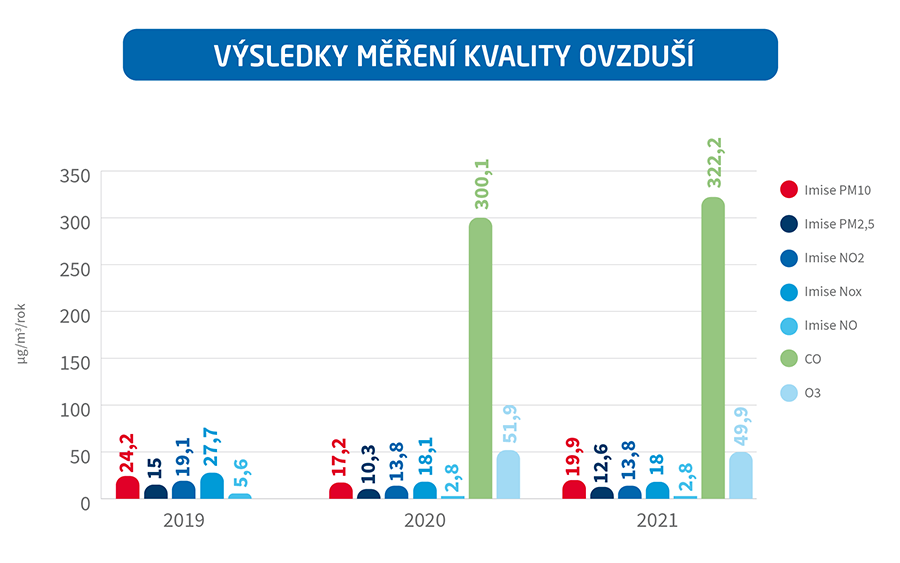 Prague Airport follows global trends and engages in international activities, aiming to reduce emissions generated by its own sources. The main programmes include:

Prague Airport has been a part of the EU emissions trading system (EU ETS) since 2006.

What are imissions and what are emissions? Pollutants freely dispersed in the air and affecting human health are imissions. On the other hand, emissions are substances emitted directly from the source of pollution. In other words, immissions are basically freely scattered emissions in the air.

An imission limit – a value of the highest permissible level of air pollution expressed in units of mass per unit volume at normal temperature and pressure. It is specified in the Air Protection Act.