If you are unable to take your eyes off the live broadcast from Václav Havel Airport Prague, you are probably among the fans watching air traffic on the main runway of the largest Czech international airport online via the Prague Airport YouTube channel or the Mall.tv internet television. Since its launch in February 2020, Prague Airport online broadcasting has reached over 10.8 million views on both platforms, and the interest in following the feed has been growing steadily in the Czech Republic and abroad. In connection with the scheduled main runway maintenance, Prague Airport will now provide the public with a new sight of take-offs and landings from the side runway.

The globally unique live broadcasting solution combines the image, sound, information about specific aircraft and their current photographs. The general public thus has a unique opportunity to watch the departures and arrivals of their loved ones seeking new experiences and to learn interesting information from the operation of Prague Airport, including registration marks and types of aircraft alongside destinations they service. The broadcast is available 24/7 online thanks to a camera located near the main runway 06/24. The live feed is complemented by real communication between aircraft crews in cockpits and air traffic controllers.

For over two months from now, all Prague Airport air traffic will be redirected to the side runway 12/30, where aircraft will take off and land on 2,950 metres instead of the standard 3,250 metres. The reason is the scheduled maintenance which will take place on the main runway 06/24 from Monday, 26 April 2021 until the beginning of July 2021. Experts will perform technical and construction activities designed to increase operational safety. For example, the anti-skid properties of the runway tarmac will be enhanced by grinding, while the terrain around the runway will be re-shaped.

"The interest in slow television, where people watch, for example, air traffic instead of regular TV at home, is growing. To allow the public to watch the aircraft via the popular live broadcast even during the main runway maintenance, we have decided, in co-operation with the Mall.tv internet television, to place a new camera on the Terminal 2 building for this period. Thus, we will provide fans of both aircraft and our airport with the option of watching the side runway operations," Marcela Tučníková, Prague Airport External Communications and Marketing Manager, said.

Live broadcast from the new camera location will be available from the start of the runway maintenance. Viewers will be able to watch it on the Prague Airport YouTube channel or on the Mall.tv internet television. Individual take-offs and landings will be available for replay even a few hours later to allow the viewers watch all the movements on the runway.

Aviation enthusiasts can also watch aircraft arrivals and departures right in the vicinity of Václav Havel Airport Prague from viewing decks for spotters. The public can visit the observation point in the village of Kněževes, which is especially suitable for watching traffic on the main runway 06/24. Another popular place for monitoring aircraft movement is the viewing deck for spotters near the village of Hostivice, where the viewpoint is located near the intersection of both runways and is therefore also suitable for monitoring traffic on the side runway. 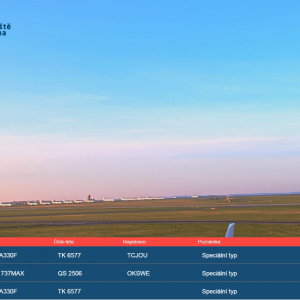 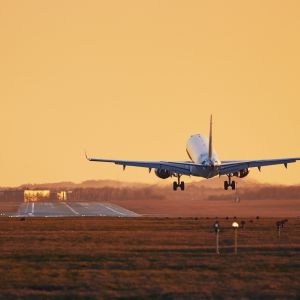